It’s taken half a month, but most of the boxes are unpacked. Most of the rooms are set up. The floors and cabinets and bathrooms are clean (for now).

When I first envisioned my We-Finally-Officially-Moved-In! post, I totally imagined that it would be this glittery, sparkly thing brimming with well-won optimism and hope. Fast-forward past two-and-a-half weeks of hands-and-knees floor scrubbing, steam-mopping, and breathing in bleach fumes at seven months pregnant, and it turns out I’m not QUITE in sparkle-mode yet. Sorry if you were expecting that. Like I said, I sort of was, too. 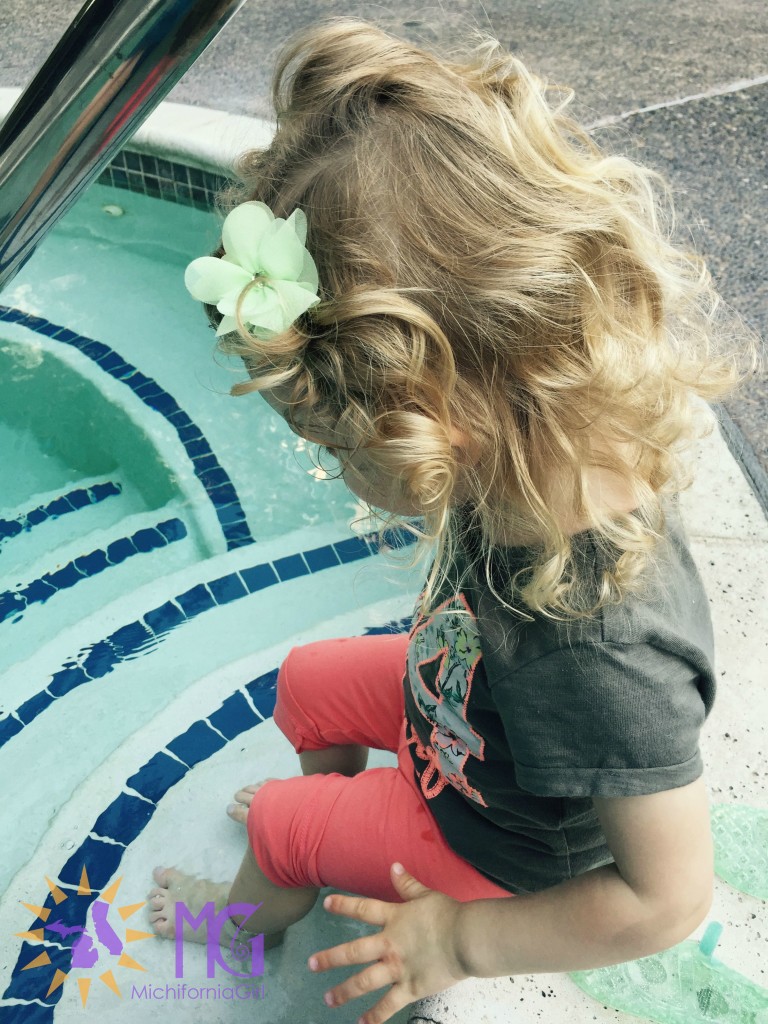 Testing the hot tub waters on our last day of temp housing.

We’ve been in the rental home for a few days now, which means we’re done with the whole temporary housing situation; for a while, we were driving back and forth between two “homes,” unpacking one, then going back to sleep at the other. So the good news is, eliminating one of those living spaces was a key first step to feeling settled. Check.

The rodent.
Then, early last week, I was in the garage unpacking some shoes. I was humming to myself — yep, literally HUMMING…for a minute there, I was determined to make the best of it — when I heard some rustling. I paused for a minute, chalked it up to the branches outside, and went on humming and shoe-organizing. But there it was again: the undeniable sound of something in the garage with me. Had the dog followed me out? Calling her name, I boldly followed the noise to a corner of the garage where a half-functioning fridge sat unplugged.

But, um, it was not my dog. From behind the appliance popped a RAT, digging frantically at a fluffy little nest he’d fashioned for himself. I’m not one of those jump-on-a-chair-and-scream people, but I promptly abandoned my unpacking efforts and contacted the property manager.

“Rats are normal in California,” he assured me. “We’ll take care of it.”

And he did, the next day. He’s proven to be super responsive in general, which is a plus, but I’m just not used to having a property manager in the first place — I’m used to being a homeowner. I’m also not used to rats or mice, as we’ve never had one (and we basically lived in a field back in Michigan).

The spiders.
Just as I do not tend to run shrieking from rats, I am also semi-okay with spiders. I do not call my husband to take care of them. I’ve even been known to just let them chill in my bathroom because I figure they’re protecting me from bugs.

But I’ve never seen spiders like the ones in this house. They are, like, tarantula-sized. I call my husband for these, okay? I do not want to picture them creeping across my face in the night. So far, we’ve found a couple in the shower and another one (the largest) on our bedroom ceiling just as we were drifting off to sleep. Is this “a California thing,” or is it just our rental house? Plus, P has a hard red bump on her shin with a dot in the middle, and our new pediatrician says it looks like a spider bite. Damn. I hope these things aren’t poisonous.

Happy side note: Peaches loves our new pediatrician. LOVES. This spider-bite visit was the first time she’s ever willingly interacted with a doctor of any kind. They had a full-on twenty-minute conversation. This pediatrician even graduated from Michigan State medical school, so she understands how much I’m missing the Midwest (but promises I’ll be a “California Convert soon, just like the rest of us”).

The pests.
I was handling all of these other hiccups swimmingly, I thought, until I went to organize the kitchen. The rental house has a really spacious (but dark) walk-in pantry, and I was looking forward to grocery shopping and stocking up on healthy Californian food for the family — but we’d only been in the house a couple days by then, so at that point I just needed storage for cookbooks and paper plates.

“There are no bugs in California!” people said. Lies. Lies and propaganda.

These suckers are everywhere. GO AWAY.

First of all, there are the silverfish that skitter out from beneath our boxes. Then, when I opened our pantry door for the first time, I was attacked by several pairs of flapping, skinny wings. I’d seen a handful of these moths throughout the house while we were moving in and just assumed they’d entered via open doors, but there was clearly a myriad of them in the kitchen. Because I am a research addict and prefer to know what I’m dealing with, I spent an hour “searching up” the situation. Verdict: pantry moths. No huge threat to humans, but the gross crawly-worm stage can destroy your food and basically repopulate to the point of no return. Fantastic. At the advice of numerous articles, I took a flashlight and inspected every crevice of the pantry — and on the underside of several shelves, I found cocooned larvae and wispy webbing and tiny, tiny dots of eggs.

Okay. No big deal. Breathe, right? I bleached. I bleached again. I set out sticky traps. I crawled around the floor and wiped down every single corner in the kitchen. But whenever I opened the door to the empty pantry, I found another moth or two. And I kept discovering them in other places: P’s room, the upstairs hallway, the living area. There were a few more cocoons spun into ceiling corners that were too high to reach without a ladder. 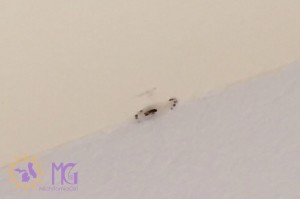 This cocoon is old and already-hatched; i.e. the moths took up residence here a long time ago.

Admittedly, this is the point at which I finally lost my mind. For a couple days, I campaigned to break our lease. “This is one hundred percent unacceptable,” I said to Al. “I have to be able to live in a house where I’m allowed to have food in it. This is crazy.”

When I first mentioned the moths to the property manager, he thought I was the crazy one. “Yes…we have moths in California,” he said. “They probably flew inside while you were moving all your stuff.”

“There are moths in Michigan, too,” I told him. “But this house has an infestation.” I told him about the cocoons in the pantry and sent him photos of the ones on the ceiling. So yesterday, he came over with his handyman and cleaned the ceiling and caulked the pantry shelves.

I’m pretty sure he still thinks I’m crazy, though.

In the meantime, I bought a repellent spray and doused the still-empty pantry until it was dripping. I also dropped two hundred dollars on hard plastic containers so I might attempt to keep a couple boxes of cereal around. Until we have some moth-free days, I guess our kitchen will look like this: 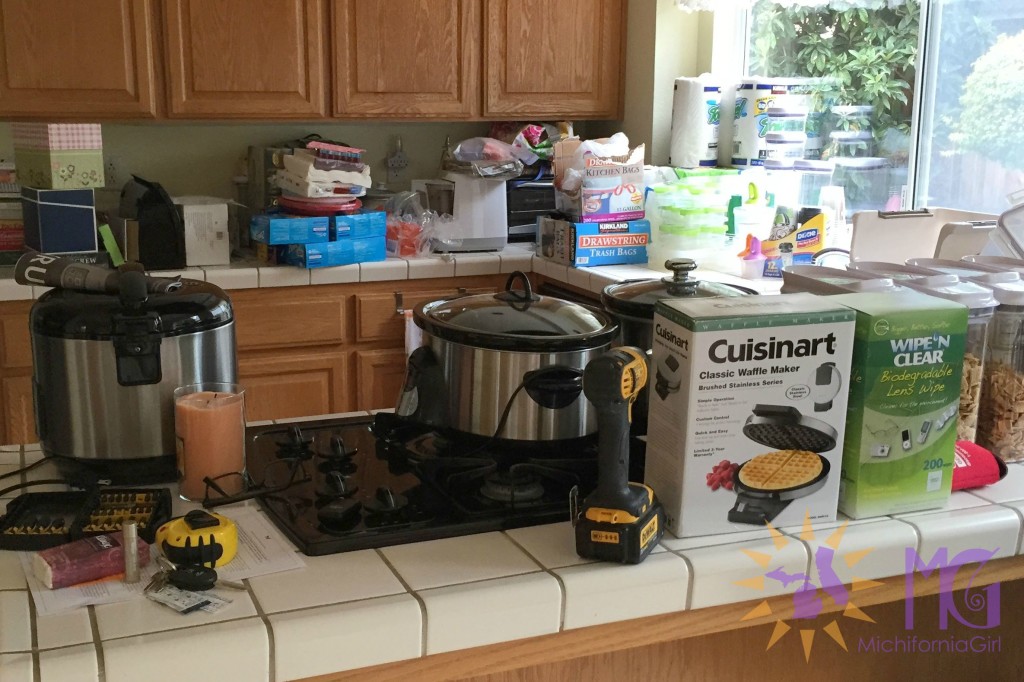 So this is not SUPER conducive to feeling settled…

How I miss our Michigan home. It’s pending sale right now, actually — I cried a little about that, even though it should be happy news. Maybe we should still be living in that house. Maybe this was the dumbest mistake we ever made. I don’t know when we’ll know if this was the right choice.

While we attempt to handle all these crawlies, we enrolled Peaches in a school three days a week. This particular place seemed like one of the best options, but she doesn’t enjoy it at all. When Al drops her off in the morning, she cries for twenty minutes. When I pick her up in the early afternoon, she runs to me and sobs with relief. This NEVER used to happen at her old school. The teachers keep trying to reassure me that she’s just going through some huge transitions and that it has nothing to do with the school itself, but I honestly don’t know if I can keep her there. Or anywhere, for that matter. But I also worry that pulling her out might worsen the attachment issues when she has to go to preschool or kindergarten. All I know is, she was thriving in her Michigan school, and now she’s not, and it’s breaking our hearts.

The other four days of the week, when she’s at home, she’s mostly been “helping” me clean and shop for necessities. Once we’re a little more settled, hopefully we can get to exploring some parks and playgrounds and other fun things. She’s been exceptionally moody since moving out here — her bad days are really, really bad, but on her good days she’s the best company ever.

One of Al’s best friends just visited from Florida — he had to come on business, and he brought his wife and three-year-old son. P has “met” his son on FaceTime, but they really bonded in person. She asks about him every day now, just like she asks about her old daycare classmates. It was so nice to see her interacting with an actual friend again! Love, love my happy girl. 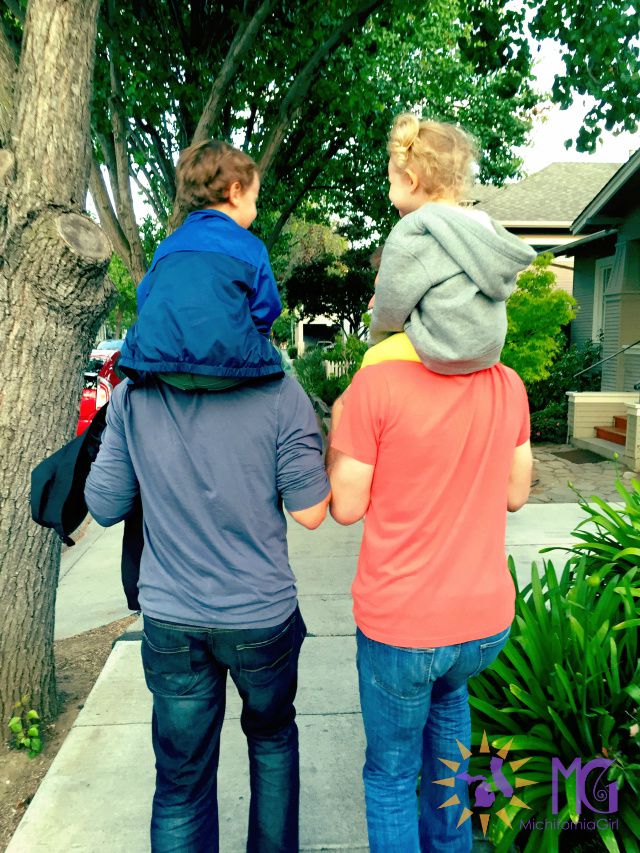 1 comment on “Rodents and Spiders and Pests, Oh My!”