Living in this rental property has been one catastrophe after another, each one seemingly more nightmarish than the last. But this is not that post. This post is Peaches and the ocean and kiddie rides and happiness.

This past Saturday, Al and I figured it was finally time to ignore the stresses of moving and to explore some California fun with P. She’s seen lakes and swimming pools, but never the ocean — so we packed up and headed to Santa Cruz.

The traffic on the drive there wasn’t nearly as bad as I expected for a weekend (it probably helped that we didn’t leave until after her nap, which typically ends around 3:30 PM these days). It was beautiful and mountainous — if a little too winding for my taste — and P chattered excitedly about all the animals she’d get to see in the water. (Spoiler alert: we saw zero animals. No sharks. No seahorses. No stingrays. Sorry, P!)

She was absolutely mesmerized by all the people (and initially intimidated by the loud noises) as we crossed through one of the arcades and made our way toward the beach. The water was freezing, but I let the waves crash over my feet for a while because I can’t be at the ocean and NOT feel it in some way. Peaches was perfectly content to stare in awe from Daddy’s arms. She had no interest in taking an actual swim. Hopefully that will change eventually!

It took some convincing to get her to walk barefoot in the sand, but once she did, it was impossible to get her to leave. Maybe she’s my daughter, after all. 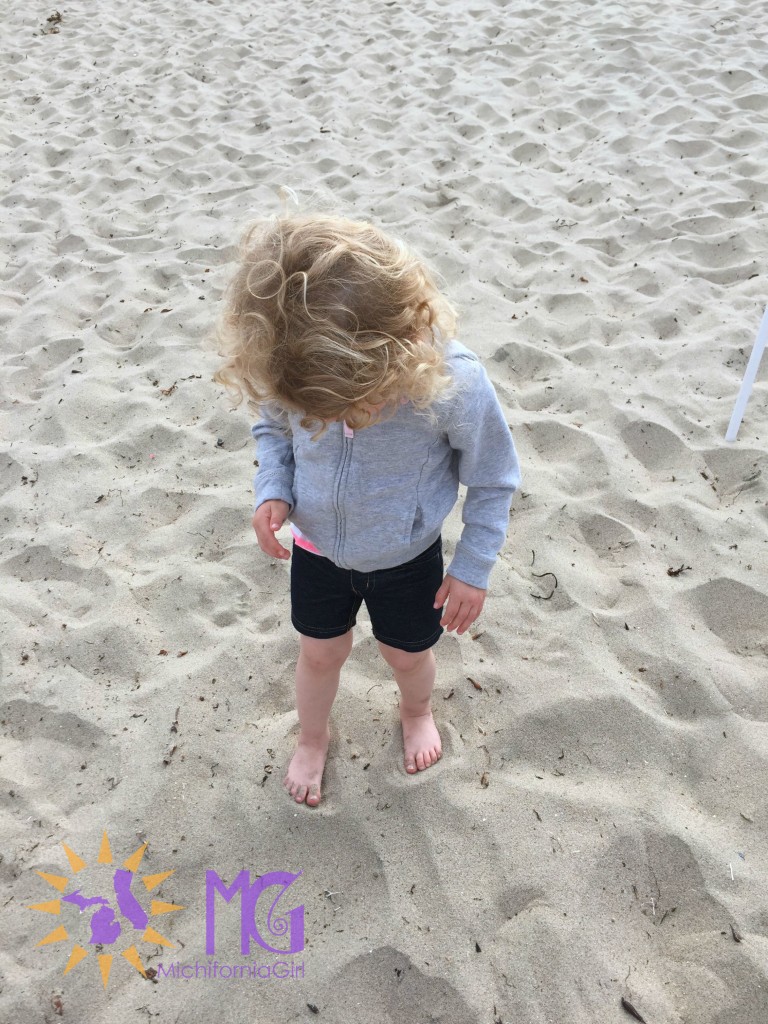 She kept burying her toes in the sand and then asking (with a tiny toddler smirk), “Where my feet go?” 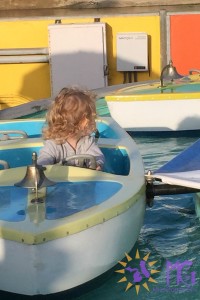 Checking to see if those other boats are gaining on her

Once we finally made our way to the boardwalk, she was even more enthralled. She wanted to ride EVERYTHING, but there were only a few meant specifically for kids. P chose the boats, the cars, and the dragon (Al accompanied her on the latter, since that one went pretty high and also featured a control lever). If I could show you her face, you would see PURE ELATION happening on every single ride. Smiling mouth agape, ginormous eyes, waving to us joyfully each time she circled around.

Loves the sand = her mommy.
Adrenaline junkie = SO NOT her mommy. Daddy all the way.

By the way, I wish I’d thought to bring my DSLR for some better quality shots. I need to get better about that, but I’m always so nervous I’ll break it or something. Also, even though I’ve taken like two group beginner’s classes since acquiring the DSLR, the camera mechanics make sense for a minute and then I totally forget what I’m supposed to be doing. I try, but eventually I end up reverting to an auto setting. Photography blasphemy, I know. Any incredible shots I get (and I do manage a few!) are total luck. In fact, I haven’t even attempted to use my DSLR in the last few months — I’m not worthy! Okay, new goal. Must continue to try. Practice makes perfect and all that jazz. 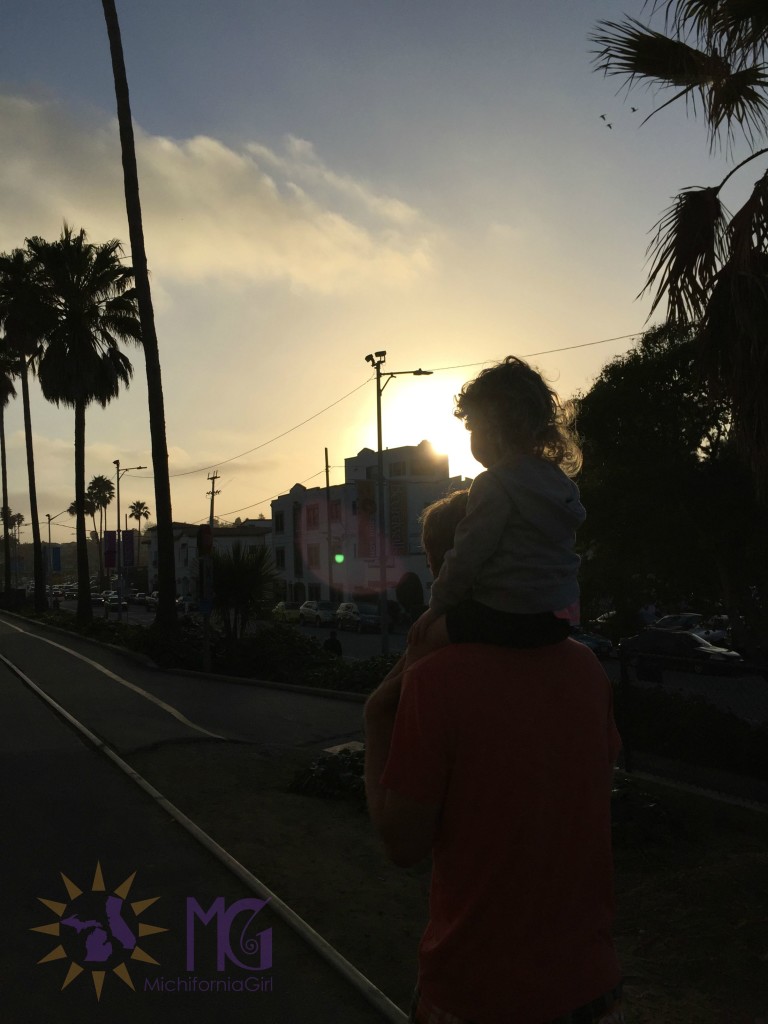 Peaches was a little tired after all those rides, so Daddy carried her into the sunset.

We randomly chose a restaurant called Kianti’s in the downtown area; luckily, this was the one time in our lives that we did not read a single Yelp review, and we went in with zero expectations. The surprise element made things even more fun, so if you’re ever considering Kianti’s for a Friday or Saturday night, skip ahead!

The server put some dough on the table for P to play with. Just…dough. Right on the table. Dough > crayons. She was entertained (and therefore well-behaved) until the food arrived.

Suddenly, the lights began to flash. We glanced around. Was there a power failure? Was it somebody’s birthday? Peaches paused mid-pasta-bite and looked at us like, Are we okay? Then, in a honey-bee swarm, the entire staff emerged wearing red feathery boas and sequined hats and filled in all the space between the booths and tables. A choreographed dance party commenced. There were dough-spinning artists and a conga line, and even the cooks popped up behind us holding signs and props. We had NO idea what was going on, but apparently this is just something they do. (What is the interview process like for this place? Is there a “let’s see what you’ve got” moment?)

P was stunned into silence for the whole thing; but afterward, once everything was back to normal, it was all she could talk about: “MOMMY! We eating, and no more lights, and den ALL DOZE PEOPLE dancing with scarves!”

Traffic on the way home was pretty brutal. It was almost 10 PM by then; P sang songs and made it as long as she could, but she was passed out before we got home. It’s a little unfortunate that she’s not a transfer-directly-to-bed kind of child…but we had to rinse off all that awesome sand anyway. 🙂