For the last couple years, my husband and I have managed to semi-successfully employ an age-old parenting trick: spelling covert stuff in front of the kids.

“They need to decide which T-O-Y-S they want to give away before Christmas.”

But last night, when I turned to Al and said, “Just so you know, I ordered that S-C-O-O-T-E-R for Baby B today,” my 4-year-old glanced up and gave us a look.

“He already has a scooter,” she said. “Is it broken or something?”

If you would ALSO like to sabotage your secret spelling language so that your child will forever be able to involve themselves in every conversation whether you want them to or not, I’m happy to share some sneaky ways we accidentally practice reading. They’re “sneaky” because our preschooler thinks they’re just inherently fun, and that’s the key — turn it into a game, and they’ll want to play.

Note: These activities work best when the child has some base knowledge of letter recognition (both sight and sound).

#1: THE MAGNET GAME
I have to start with my daughter’s favorite — she asks for “The Magnet Game” several times a day. With this one, I reach into this bucket of object magnets, pull a random handful, and keep them hidden in my lap so she can’t see what they are. Then, on a whiteboard, I spell out each object I’ve pulled  — we use these letter magnets because they seem fun, but dry erase markers would work, too. As she makes her way down the list of words, she “earns” the super secret corresponding picture magnet every time she reads one of them correctly. 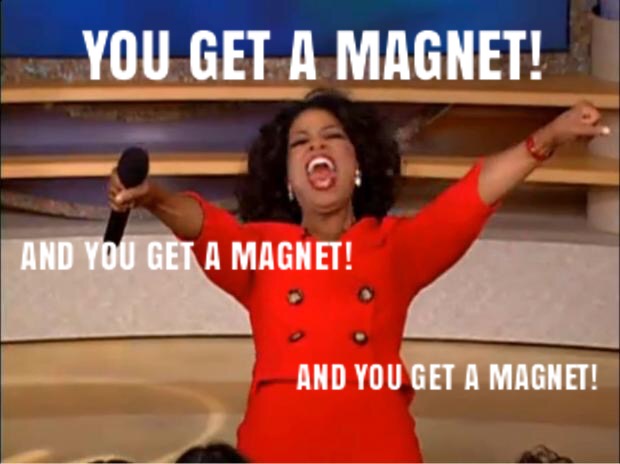 There’s lots of squealing and hugging and excitement with each word she figures out — and I don’t remember what it feels like to be her age, but I imagine earning hugs is just as important as earning the magnet. In any case, I tend to produce the latter with an alarming level of enthusiasm, as if she’s just cracked a CIA-level code. It works. 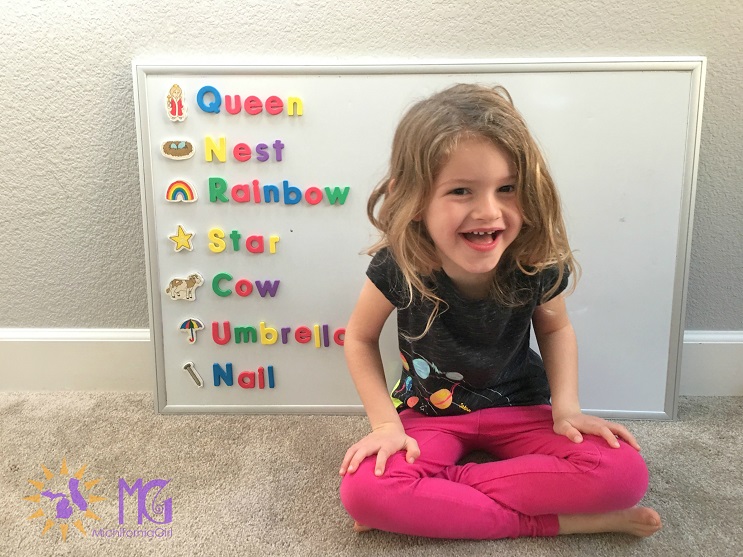 #2: BATH LETTERS
We’ve had a set of these bath letters and numbers since P was born, and despite copious teeth marks from two different babies, they’ve once again become a bath time staple. Now it’s her turn: she gets a pile of letters — ten or so at a time — and spells things like “pig” and “hat” and “rest.” Something about sticking those letters to a tub wall is apparently super addicting.

#3: REPEAT, REPEAT, REPEAT
I stole a version of a technique called the Neurological Impress Method from my mom, who taught elementary school for 40 years — but we use it sparingly because it quickly drives me batty. I hold my daughter’s index finger and use it to point as we read a book, and she repeats every word immediately after I say it. So story time sounds like, the-the cat-cat in-in the-the hat-hat, which is enough to make you want to jam cotton balls in your ears until they come out your nose — but P thinks it’s HILARIOUS and has most definitely learned several new words as a result.

#4: MAKE A LIST
P has been daydreaming about her 5th birthday party from the moment her 4th was over — she’s spent dozens of drives home from preschool discussing all the people she can’t wait to invite. Finally I gave her some paper and a pen, and she enthusiastically (and painstakingly — it took FOR. EV. ER.) listed her friends’ names all the way down the page. Since then, she keeps asking to make all kinds of lists: her favorite colors ranked in order, animals that have tails, fun things she wants to do this weekend. And this time of year, of course, the Christmas list is a big hit. 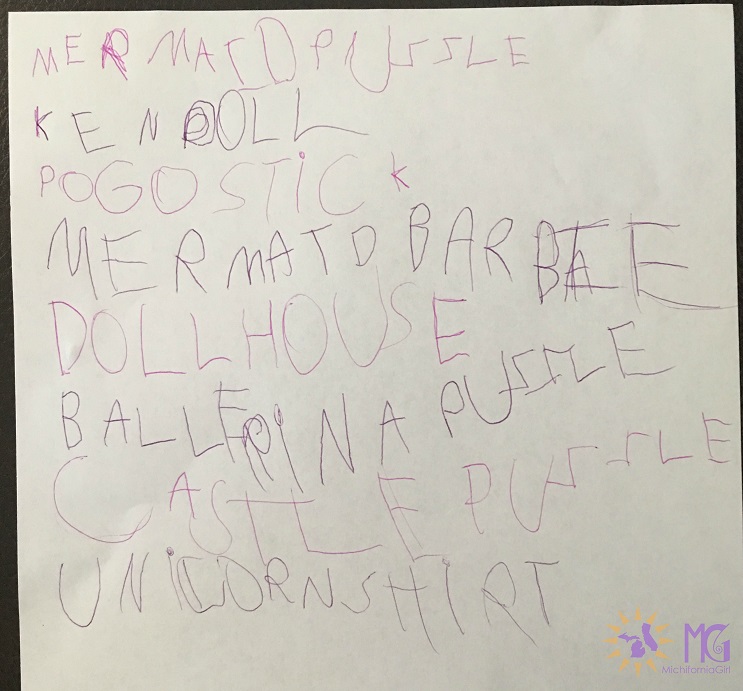 She is here for the mermaids, as you can see. And the puzzles. And also, inexplicably, pogo sticks.

I was on hand to help her sound a lot of this out and to talk her through some oddities of the English language — stuff like, “‘A’ and ‘I’ together just sound like ‘A’ in the word ‘mermaid'” — and the more we practice, the less assistance she needs.

#5: RHYME TIME
Boogie Boards are key for us since we usually play this game in the car, but good ol’ pencil and paper will work just as well. To start, P chooses a word she wants to rhyme — say, “pink” — and I guide her through the spelling so she can write it at the top of her board.

Then I say, “Hmm. Can you figure out how to spell ‘sink’ all by yourself? What about ‘link’? Or ‘wink’?” And from there — now that she has a visual of how the word should end — she can work through most of the other things I suggest. Once we’ve exhausted the appropriate options for that word (or she tires of it), we move on to another one. 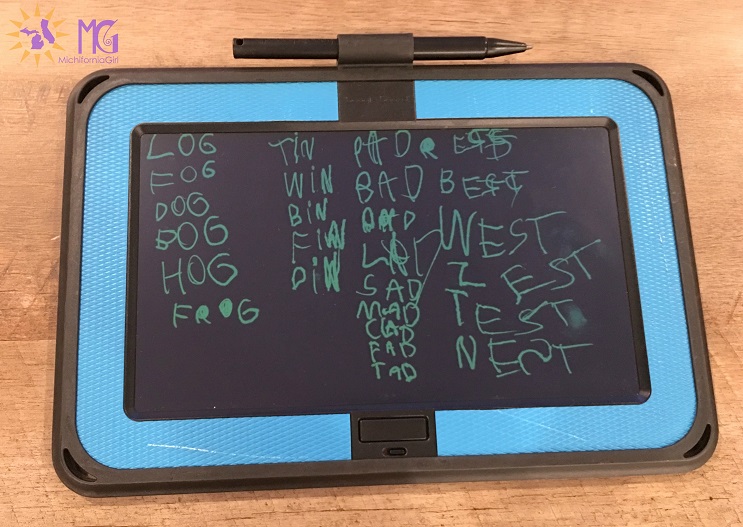 Letters and words are hot stuff in our house these days — she begs to play these “games,” and I’m usually the one to cut it off (because at some point, a person’s gotta eat. Or shower. Or pee).

An unexpected surprise: it seems to be rubbing off on the baby, who can suddenly identify almost every letter of the alphabet just from watching his sister play. Kids are such beautiful, terrifying little sponges.

Goodbye, secret spelling language. The jig is up. For lack of a suitable alternative, my husband and I have officially switched to Pig Latin — though I happily welcome your suggestions.