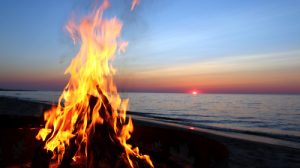 We are back in Michigan for the first time in almost a year, and whoo, boy, does it feel good! Totally worth the four-hour flight with an antsy toddler who refused to sleep.The plan is to be here for most of July, and I’m sort of ecstatic to be surrounded by my people again.

Things I Have Missed:

3. The ability to walk into a store and purchase Michigan clothing and accessories. Yay! It’s such a bummer to only have access to San Francisco Giants stuff all the time. I didn’t realize what a bizarre relief it would be to see Detroit Tigers gear and U of M shirts and YES, I was the one burying my face in the Red Wings jersey and sobbing tears of uncontrollable joy, okay? END_OF_DOCUMENT_TOKEN_TO_BE_REPLACED 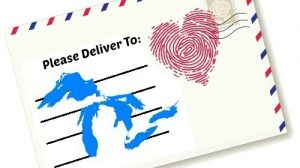 When I left last year, I knew, absolutely, I would miss you. Somehow I always understood that you are special — even as a child, even when my then-boyfriend-now-husband-who-is-from-Virginia called you “kinda flat,” even when I was nineteen years old and it was winter in Ann Arbor and I had to lean into a blizzard on the blustery walk to class. Even then.

There’s just something about you.

After so much time away, I got to spend the whole month of August as a guest on your soil — and I remembered all those somethings. I also noticed brand new somethings, because we’d been apart for so long that I was able to look at you with fresh eyes.

Of course, people say we sometimes don’t recognize the beauty of a thing until it’s gone, and usually when I hear clichés like that, I’m all END_OF_DOCUMENT_TOKEN_TO_BE_REPLACED 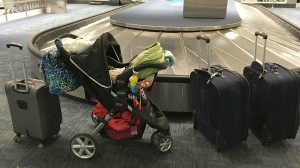 We’ve been back in California for a week now, and while I enjoyed our Michigan visit immensely, I returned with the vague feeling that I don’t quite belong anywhere anymore.

Don’t get me wrong: in a lot of ways, it was the most relaxed I’ve been in months. It was incredibly fulfilling to be with our family and friends again, and SUCH A RELIEF to know that help was nearby if we needed to call upon our village. I was able to just zip away to brunch with the girls. I was able to see P and B fall in love with their grandparents again. I was able to have an actual dinner with my husband. There were way more sets of hands to change diapers, give hugs, and mold Play-Doh. My daughter’s tantrums (a very recent and totally unwelcome occurrence in our household) vanished after just a few Michigan days. She was a better person when there were more people around to love her. We were all better people, I think. END_OF_DOCUMENT_TOKEN_TO_BE_REPLACED 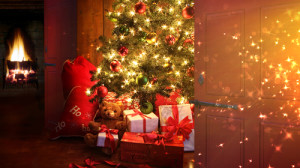 In a few days, Lord willing, I will be back in Michigan for the first time since May.

I imagine this flight will be just a smidge different than when we flew out here in the Spring. Back then, it was just the three of us, which was overwhelming enough; this time, we’re flying with four — there are two kids and two adults, but somehow I feel outnumbered.

B is so young that he doesn’t need his own seat. At first, we were like, “Woot! Look at us, saving money!” — especially since it is already costing us a full month’s rent to fly home. But then we were like, “WAIT. He doesn’t have his own SEAT.” That means someone will have to hold him the entire time. For almost five hours. Unlike P, he’s not a sleep-in-your-arms sort of baby (which I’m fairly sure is my fault, and is the source of much mommy guilt, but that’s a story for another day). He is generally pretty mellow, but simultaneously wriggly and squirmy and enjoys a nice change of scenery every now and then. Unknown: how he will handle being cooped up in the same tiny space for that long.

END_OF_DOCUMENT_TOKEN_TO_BE_REPLACED 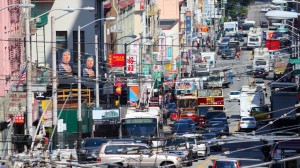 If you’re traveling to Ireland from America, you probably expect to alter your driving strategy to match the whole left-side-of-the-road thing. But I kind of figured that if you stayed within the U.S., driving would more or less stay the same.

Not so, as it turns out. At least not for me. Driving in California has been more of an adjustment than I anticipated. I’ve mentioned the U-turns and the cyclists — which were obvious from minute one — but there have been a whole host of new surprises now that we’ve been out here for a few weeks. Here are eight things this Michigander is still getting used to: END_OF_DOCUMENT_TOKEN_TO_BE_REPLACED