When I taught high school, my students always joked that they were going to get me a sanitation chamber for my classroom. “We’ll install it just inside the door right there,” they teased, “so no one can come in without using it first.”

Someone said this every single year, because apparently I am not shy about my aversion to germs. Each time, my first reaction was to laugh with them because teenagers are hella funny. And then my second reaction was to get really, really, unbearably depressed because human-sized sanitation chambers are probably super expensive, and anyway how exactly would one go about getting something like that approved by the Board?

Then I had children of my own. Forget school — I need a sanitation chamber for my HOUSE. Like, yesterday. Yes, yes, I know: exposure to germs builds immunity, blahbity blah blah, but a person can dream. There are so many instances when it would totally come in handy:

But then there are the others. You know the kind. They typically occur when you have exited the house without spare pants, which of course are ALWAYS NECESSARY for the child and also for you.

And then suddenly you are so elbows-deep in an explosion that from afar it looks like you might be wearing brownish-orange velvet gloves, and you must ascertain the maximum amount of soiled clothes that you can strip from your own body while still remaining even vaguely appropriate, and the now-naked toddler is kicking and rolling and squirming while you peel apart the folds of his skin and attack them with every last baby wipe in your bag.

Later, you will find poop smeared in each corner of the stroller, between the deepest crevices of the car seat, and also in your own hair.

It’s times like these when a good old-fashioned hand-washing doesn’t quite feel sufficient.

2. When someone coughs in my mouth.
I know the baby doesn’t know any better, but COME ON.

3. When my kid brings home a lice note.
It’s not a great afternoon when you’re going through your daughter’s preschool papers and discover this gem tucked in amongst the art projects: “Dear parents, Your child may have been exposed to head lice in class.”

Cue three straight hours of examining each family member’s head with a literal fine-tooth comb. And then, even though you come up blessedly empty-handed, you still spend the rest of the evening washing clothes and sheets and towels in scalding hot water just. in. case. Naturally, this particular situation would require the sanitation chamber to possess humanlike capabilities and multiple arms, but this is MY fantasy, so. I don’t know, maybe there’s a special Lice Nanny add-on feature or something.

4. Whenever we return home from the doctor’s office (ditto a playground, a birthday party, and/or anything that involves a ball pit).
We’re just trying to have a well visit up in here, and instead we’ve spent the last fifty minutes marinating in a room infested with strep.

Plus there was that one kid who rolled in moaning and clutching a bucket in his lap, PLUS that other kid who dripped snot all over every book in the waiting room. I’m pretty sure we’re worse off now than we were when we came in.

5. After flying on a plane.
Let’s all just agree to step off an aircraft and plunge directly into a bleach pool, yes? Actually, this should happen BEFORE everyone embarks. That way, all that air pouring through your top vent and circulating through the cabin will be so fresh and so clean, clean.

But our four-hour flights back to Michigan usually go like this: Brush pretzel crumbs and stray hairs from each seat before settling in. Clorox all tray tables until soaked with (clearly useless) antibacterial properties. Listen to gentleman directly in front of you sneeze juicily seventeen times in a row. Try not to panic. At least twice, even though there is turbulence and the seatbelt sign is clearly illuminated, squeeze the 4-year-old into the refrigerator-sized bathroom because she needs to go right now and persuade her to TOUCH-NOTHING-SERIOUSLY-DON’T-TOUCH-THAT because it is for sure impossible to thoroughly wash one’s hands with that 5-second push-button faucet even though we do the best we can (note: when traveling sans spouse, this must be accomplished while simultaneously trying not to drop a wriggly 18-month-old who weighs in at 30 pounds). Attempt to ignore the symphony of hacking coughs en route back to seat. Hold breath while passenger two rows back audibly begins to gag and PRAY that he is just airsick and not contagious, because #6.

6. Any time anyone, anywhere, mentions the words “stomach bug.”
Of course, it doesn’t help that I’ve had emetophobia — an intense, irrational fear of vomiting — since I was five years old. But I can’t be the only one who hears, “Man, Norovirus really took us all out this weekend!” and immediately thinks HOLY $#!& ABORT ABORT EVERYONE TAKE COVER THIS THING IS DEFINITELY COMING FOR US OH PLEASE NO PLEASE PLEASE NOOO.

I don’t care if you’re on the East Coast and we’re all the way over here in currently-flooded California: if your Facebook status contains the slightest reference to puke, I’m climbing straight into my chamber and cranking the dial to Destroy Everything. And then I’m not coming out for two weeks.

7. In any crowded environment.
My personal bubble is abnormally large, so when I am smashed between sweaty strangers or close enough to smell an armpit or watching the baby breathe air directly from someone else’s mouth, a hot shower might not cut it.

8. When I see people leave a bathroom without washing their hands. 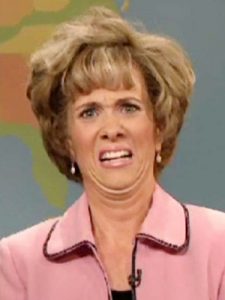 WHY? Why does this still happen? Is it laziness? Forgetfulness? Some kind of deliberate choice dictated by a personal belief system? I always watch this behavior through a cloud of horror and confusion, wide-eyed, like I am observing a gruesome animal ritual in the wild. As the person exits the stall, bypasses the sink, and grabs for the door handle, all I can imagine are the myriad of other things that unscrubbed hand will touch — which I, and my kids, and everyone else in the world, may then touch.

9. When someone wears shoes in the house.
It’s not the dirt. I’m cool with dirt. I played varsity softball for three years and literally ATE dirt sometimes. Fact. But if those shoes have ever traversed a poop-spattered sidewalk (dog, bird, squirrel, mouse, whatever, take your pick) or encountered even one cubic inch of public bathroom tile, then NOPE. We cannot be dragging that business inside and tracking it all over the floors, where my children are crawling and playing and putting toys in their mouth on the reg. 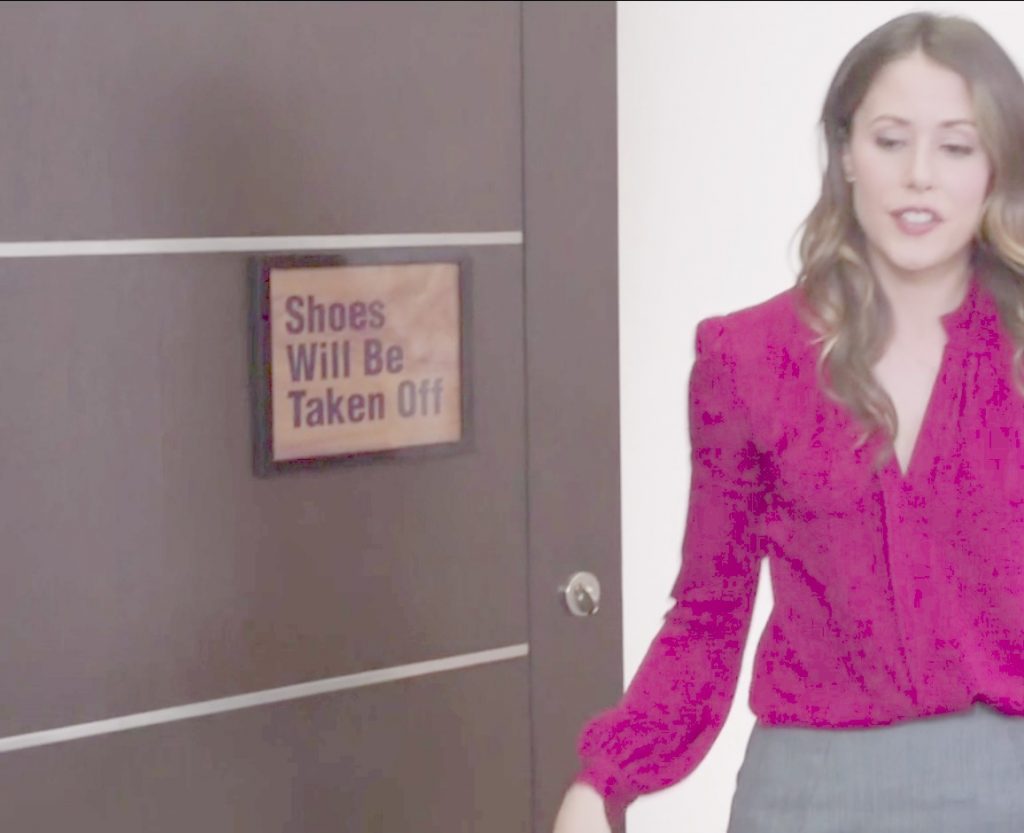 Screenshot from Silicon Valley, which of course I watch. (Yeah, they’re ripping on Laurie here, but this sign is kind of the best.)

I’m totally that person who has thirty pairs of shoes piled at the door whenever we host a party. #sorrynotsorry.

But also kind of sorry, because I appreciate adult conversation whenever I can get it so PLEASE KEEP COMING OVER, FRIENDS. I love you guys for accepting me just the way I am — neuroses and all — and for taking off your boots before I even have to ask.

Hopefully you’ll still visit when I get that chamber installed. 😉